The Tragic Death Of Chris Kelly

AVA
Fans of quintessential hip-hop and mainstream '90s music will undoubtedly be familiar with the legacy of Kris Kross, the teenage rap duo that took the music world by storm in the early 1990s. Chris "Mac Daddy" Kelly and Chris "Daddy Mac" Smith were only 13 years old when they were first discovered in an Atlanta mall by super-producer Jermaine Dupri, who was just a teenager himself at the time.

After Dupri discovered Kelly and Smith in 1990, he told the New York Times:

"They reminded me of myself when I was younger. I didn't know what I was going to do with them, but I knew it would be something."

Things took off pretty quickly after that. Soon after meeting, the trio produced a demo tape and not long after that, Kelly and Smith signed their first contract with Ruffhouse Records. It didn't take long for them to taste success either with "Jump" debuting on February 6th, 1992, the first single from their album Totally Krossed Out. It was a hit to say the least, spending eight weeks at No. 1 on the Billboard Hot 100.

The enormous success of "Jump" was in part down to some savvy marketing, too, with writer-producer Dupri not only sampling the Jackson 5's "I Want You Back," but also having Kris Kross wear their clothes backwards, which would soon become their signature look. In explaining their style, Smith had said:

"Kris Kross means up is down, left is right, and the inverse is the adverse."

Meanwhile, in 1992, Kelly had told The New York Times that the concept behind "Kris Kross" was, well, crossing things up — saying:

"We do the opposite of what people expect."

But as is the case with many teen acts, Kris Kross was unable to make a smooth transition past puberty. Their image of backwards-clothes-wearing teens was far too much to escape and they struggled to truly find their voice in the industry. In an attempt to escape their youthful image, Kelly and Smith tried out a tougher look, but fans weren't nearly as receptive. Four years after forming, Kris Kross parted ways — before either member had reached the age of 20. Their final album was 1996's Young, Rich and Dangerous.

Although Kelly and Smith would reunite for several tours over the next two decades, tragedy soon shook up what was once a promising young pair of musicians.

On May 1st 2013, Chris Kelly was discovered unresponsive at his Atlanta home. Despite a speedy transfer to a local hospital, Kelly passed away later that day, with an autopsy later revealing that he had died of a drug overdose that included heroin and cocaine. In a joint statement released by music label So So Def and Kelly's mother, Donna Pratte, the musician was remembered as "kind, generous and fun-loving." Pratte also revealed that Kelly had a history of drug addiction.

Kelly had a number of other controlled substances in his body when he died, including alcohol, prescription painkillers, and Valium. After his death, his mother claimed the former rapper had survived similar episodes in the past, even once having brought Kelly home to recover after a similar episode had occurred. Tragically, Kelly was unable to escape his addiction, and the combination of drugs and alcohol on May 1st proved fatal to the young ex-rapper. Kelly was just 34 years old. In a statement remembering his friend and colleague, Jermaine Dupri said:

"To the world, Chris was Mac Daddy, but to me, he was a son I never had. When I think about it, I spent more time with Chris and Chris than damn near anybody in my whole life, so you can imagine how bad this hurts [...] I will always love you Chris, and I will never let the world forget you, may God bless your soul."

Having met in the first grade, Chris Smith had known Kelly long before they formed Kris Kross together. After Kelly's death, Smith said:

"Chris Kelly was my best friend. He was like a brother. I love him and will miss him dearly."

The Tragic Death Of Chris Kelly 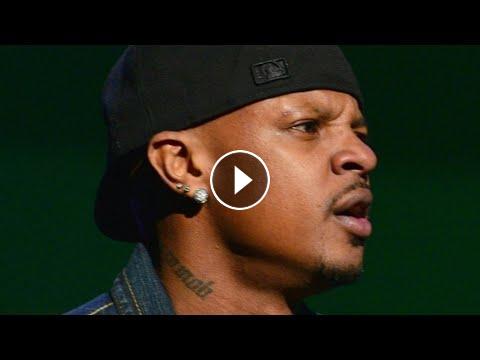 Fans of quintessential hip-hop and mainstream '90s music will undoubtedly be familiar with the legacy of Kris Kross, the teenage rap duo that took the...