The Tragic Death Of Bobby DeBarge

AVA
If you grew up during the 1980s, or even if you're just a fan of the 80's, you've probably heard of the musical group DeBarge. With uptempo R&B tracks such as "I Like It" and "All This Love," the Motown-influenced family band seemed destined to follow in the Jackson 5's footsteps.

But while DeBarge achieved some success, according to members of the band they were driven apart by personal conflicts, and in 1989, after five albums, they broke up following the incarceration of two members.

One of the members who was sent to jail was lead singer Bobby DeBarge. In the 1970's, Bobby began performing with a number of groups alongside his brother Tommy, including Hot Ice and Switch. In 1979, after their siblings Mark, Randy, El, and Bunny had formed their own group, Bobby and Tommy began working with them, and in 1980 the band DeBarge issued their debut album with Bobby as one of the producers.

By 1982, when they released their second album for Motown records, DeBarge had become a hit. Motown founder Berry Gordy said that Bobby was, quote, "the most talented artist I have signed."

Unfortunately, though, Bobby's talent was overshadowed by a debilitating heroin addiction he had developed in the 70's. And he wasn't alone. Bunny, Tommy, Chico, and James all battled addiction, which some of them have said stemmed from trying to deal with their abusive father. Gregg Williams, who had gone to school with Bobby before becoming bandmates with him in the group Switch, told Vibe,

"Bobby was always very sensitive and withdrawn and there was a lot of abuse at the hands of Mr. DeBarge. Heroin became his main way to escape."

"Drugs happened. When El got into drugs it just paralyzed him. He just couldn't deal with all the people in the music industry. He couldn't deal with their fakeness and people ripping him off. Motown had taken all of his publishing and they're still making money from those songs."

With the immensely-popular 1985 hit "Rhythm of the Night" (featured in the film The Last Dragon), DeBarge was on the track to success, even after El left the group and was replaced by Bobby. Any hopes of mainstream popularity were dashed in 1988, however, when DeBarge family members Bobby and Chico, along with four other people, were arrested for drug trafficking in Grand Rapids, Michigan. Both Bobby and Chico ended up in court. The resulting convictions and prison sentences marked the end of the family musical group, and DeBarge disbanded in 1989.

According to UPI, the DeBarge brothers conspired to smuggle more than two pounds of cocaine to Michigan from Los Angeles. The operation was busted when Chico and a co-conspirator were found with cocaine packages during a passenger inspection at Detroit Metropolitan Airport.

Things would only get worse for Bobby. Tragically, while serving a five year prison sentence for drug smuggling, Bobby learned that he had HIV. WIlliams told Vibe that Bobby went downhill fast.

"Bobby's last years were hell. He was separated from his wife and kids, and acting paranoid toward everybody. Bobby knew his life was basically over."

Bobby reportedly grew distant from his family as his health declined from the vicious disease. Effective treatment for the complications brought on by HIV/AIDS would not become widely available in time to help Bobby.

Bobby managed to complete another album, It's Not Over, but he realized that his life was ending. His family placed him in hospice, and on August 16, 1995, Bobby DeBarge died from AIDS-related health complications at age 39, two weeks after the release of his final album.

Bobby DeBarge is buried in Garfield Park Cemetery in Grand Rapids, Michigan. But while he may have tragically been taken far too soon, his musical legacy still lives on today.

The Tragic Death Of Bobby DeBarge 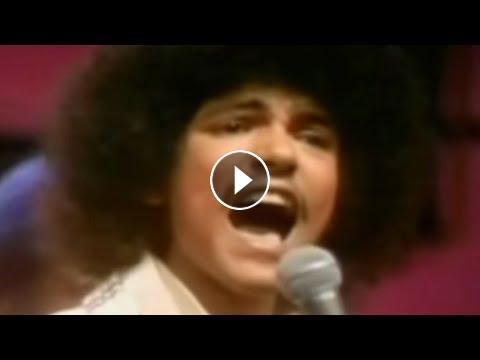 If you grew up during the 1980s, or even if you're just a fan of the 80's, you've probably heard of the musical group DeBarge. With uptempo R&B tracks...