The Tragic Death Of Moe From The Three Stooges

AVA
He was born Moses Harry Horwitz to Lithuanian-Jewish parents in Brooklyn, New York. But though he called himself Harry, the world came to know him as Moe Howard, the unofficial leader of the legendary Three Stooges.

Moe caught the acting bug early. After regularly playing hooky from grade school to watch plays, he dropped out of high school after just two months and began singing in saloons for money along with his brother Sam better known to Three Stooges fans as Shemp. Their father quickly put a stop to that, but it wasn't long before Moe got his big break in show business as a part of comedian Ted Healy's act. Shemp joined the act as well, and shortly after they became a trio with the addition of former boxer Louis Feinberg, who took on the stage name Larry Fine.

And with that, the Three Stooges were born, later to be joined by Moe's brother Curly.

Yet, appearances weren't always what they seemed. In the nearly 200 short films the Three Stooges filmed for Columbia Pictures, the character of Moe was a bit of an angry bully who frequently smacked, punched, or kicked his fellow Stooges when he wasn't poking them in the eyes. In real life, though, it was Moe himself who took the brunt of the damage while filming those sequences.

In his autobiography, I Stooged to Conquer, he wrote,

"As rough a character as I seemed to be in pictures, and as tough as I came across, I was hurt in our films more often than either Larry or Curly or any other member of the cast."

Props might go wrong; set pieces break; a move was mis-timed. Over the years, Moe suffered a fractured ankle, cracked ribs, concussions, and more all to make the public laugh.

In reality, Moe was actually beloved by his friends and family as a caring, kind, generous and thoughtful man. Quiet in his personal life, Moe collected coins and stamps, and dabbled in ceramics. He loved to care for plants, including vegetables in his prolific victory garden during World War II. He also served as an air raid warden during the war, and he and the family would invite soldiers home for home-cooked meals and entertainment. Beyond that, the Three Stooges toured extensively during the war; Moe wrote in his autobiography that on one trip alone, quote, "we played every army, navy, and air force installation from Maine to Pensacola."

He also donated time and money to a number of charities and assisted other performers who were down on their luck. And though he was reportedly not a very demonstrative man by nature, he was actually a hopeless romantic who wrote hundreds of love poems to his wife, Helen, over the nearly 50 years they were married. Heck, he was even known to play Santa Claus for hospitalized children!

Sadly, in 1946, Moe's brother Curly the baby of the family suffered a severe stroke. As his physical and mental health deteriorated, Moe took over his care, refusing to institutionalize his brother, regardless of the severity of Curly's situation. Moe saw to it that his baby brother was cared for in a series of nursing homes, rather than locked away in an asylum which was common at the time. Curly died in 1952 at the age of 48; just three years later, Shemp also passed away at the age of 60.

With the Three Stooges essentially over, Moe who had done well with investments over his career moved into real estate, though he continued to occasionally cameo on TV shows or in movies.

Finally, though, the inevitable came, and in 1975 he passed away from lung cancer at the age of 77 just three months after Larry Fine's death, and tragically just one month before he would have celebrated his 50th wedding anniversary with his wife Helen. Moe was survived by his wife and two children and a legion of fans who continue to honor the legacy of the greatest Stooge who ever lived.

The Tragic Death Of Moe From The Three Stooges 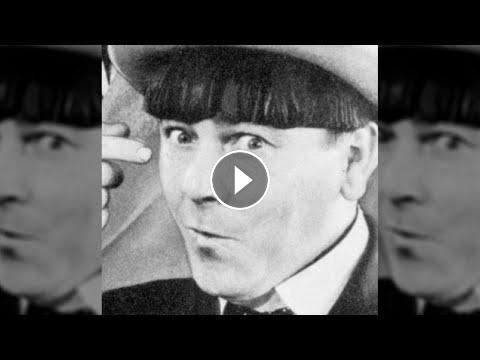 He was born Moses Harry Horwitz to Lithuanian-Jewish parents in Brooklyn, New York. But though he called himself Harry, the world came to know him as ...