Inside The Tragic Death Of Grant Imahara

"When I was a kid, I never wanted to be James Bond. I wanted to be Q, because he was the guy who made all the gadgets."

Throughout his career, he did exactly that, a career which ended with his death on Monday, July 13, of a brain aneurysm. He was just 49 years old.

Imahara was more than just a TV host. Born in 1970 in Los Angeles, Imahara graduated with a degree in electrical engineering from the University of Southern California, as Rolling Stone reports. For a time he had considered switching majors to screenwriting, but fortunately for all of us he kept to that childhood career path, becoming that Q figure for big-budget films across the spectrum of science fiction and fantasy. His electrical engineering expertise expanded to robotics, serving him, and the entertainment industry, very well.

As The Hollywood Reporter tells us, he first landed a job with Industrial Light and Magic and THX Labs, the Lucasfilms special effects companies founded by George Lucas in 1975. There he worked as an animatronics engineer and model maker. Besides designing light displays for R2-D2, he operated the droid in the Star Wars prequels.

His engineering expertise, combined with a love of entertainment and storytelling, also shows up in his work on such films as The Lost World: Jurassic Park, Terminator 3: Rise of the Machines, and the sequels to The Matrix, among others.

He struck his career arc early, telling Machine Design in 2008,

"I liked the challenge of designing and building things, figuring out how something works and how to make it better or apply it in a different way. I guess you could say that engineering came naturally."

Imahara started stepping in front of the camera in 2000, when he competed on Comedy Central's BattleBots. His middleweight entry in the competition, which he built himself, was christened "Deadblow." The first season "Deadblow" was the runner-up in its category, and was the first-ranked robot in the series' third season. Both Adam Savage and Jamie Hyneman worked on BattleBots as well. Proving that show business is a small world after all, history took a turn for the delightful when Imahara joined MythBusters, becoming part of the Build Team in 2005.

The program set out to do exactly what it's title suggested: take on legends, myths, and Hollywood setpieces to see which fanciful ideas might actually work in real life.

As a member of the Build Team, Imahara worked with Kari Byron and Tory Belleci. Belleci had been one of his colleagues at ILM and is credited with recruiting Imahara for the show. Imahara did more than lend technical expertise and practical experience to the episodes; Imahara brought with him a remarkable fearlessness as well, participating in some of the experiments. If a myth test was judged too dangerous for actual humans, Imahara's team designed machines that would take the place of a person.

Besides his MythBusters work, Imahara worked behind the scenes to create a skeleton robot sidekick for Craig Ferguson's late-night talk show, a creature dubbed Geoff Petersen. In front of the cameras, he portrayed Hikaru Sulu in the fan-made Web series Star Trek Continues.

In 2014, the Build Team was removed from the MythBusters equation, but two years later, the three experts reunited for a Netflix series, The White Rabbit Project. In that program, Imahara and his colleagues investigated not only inventions, but also crime history, a kind of "how did they do that?" approach.

Imahara's co-workers issued statements of appreciation for his presence in their lives. Adam Savage of MythBusters tweeted,

"Grant was a truly brilliant engineer, artist and performer, but also just such a generous, easygoing, and gentle PERSON. Working with Grant was so much fun. I'll miss my friend."

The Discovery Channel said in a statement,

"Grant was part of the Mythbusters team for 10 years, where his dedication to his craft and his ability to bust myths with the best of them brought tech to life for his fans."

He became engaged to costume designer Jennifer Newman in 2016, who wrote,

"He was so generous and kind, so endlessly sweet and so loved by his incredible friends. I feel so lucky to have known him, to have loved & been loved by him."

Inside The Tragic Death Of Grant Imahara 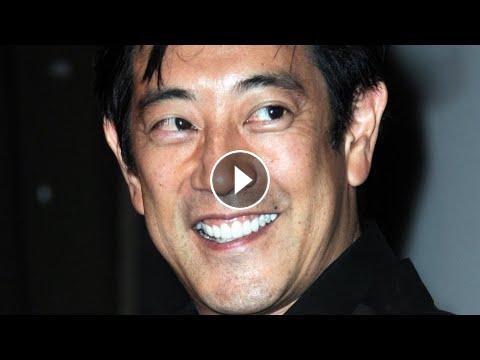 Grant Imahara, part of the Discovery Channel's MythBusters Build Team for 10 years, once told Machine Design, "When I was a kid, I never wanted t...