The Tragic Death Of The Mamas And The Papas' Cass Elliot

AVA
The Mamas and the Papas were icons of the '60s music scene. They were four young people who rose out of the folk era to create songs that captured the public's ear and held tight. John Phillips, his then-wife Michelle Phillips, Denny Doherty, and Cass Elliot found their way into each other's artistic circle and soared.

Though each of the four members would go on to create art in one fashion or another John Phillips and Doherty in music, Michelle more focused on acting arguably, it was Elliot who has had the longest impact on popular culture, even today.

And that made her sudden loss at such a young age an even bigger tragedy.

The woman who would become "Mama" Cass Elliot was born Ellen Naomi Cohen in Baltimore, Maryland, on September 19, 1941. Her mother had been a professional singer, and her father was devoted to opera. By the time she was 19, Cass was performing in the Washington D.C. area. Cass eventually joined forces with Denny Doherty and others to form yet another group, The Mugwumps.

When that band broke up, Denny began to work with John and Michelle, and Cass wanted to be part of what was becoming a solid singing group. She actually followed them to performances, and finally John, the composer and arranger, relented. Cass soared in their cover of 1931's "Dream a Little Dream of Me" and other recordings.

In what our more enlightened times would call a cut-and-dried case of fat shaming, John was reluctant to allow Cass to perform on stage. In John eye's, Cass had a great voice, but she was also, well, chubby.

In her obituary, Rolling Stone quoted Cass as saying, "I've been fat since I was 7." She might have proudly carried her weight, but it clearly bothered her, as did jokes and comments by the media. As Cass's daughter, Owen, told The Guardian:

"The National Association for Fat Awareness made my mom their diva. I don't totally agree with that. She accepted who she was, a sexy woman who was never short of boyfriends, but I think if she could have been thinner, she would have."

By 1968, the Mamas and the Papas had fractured, and Cass explored other opportunities. She went on to record solo, producing a series of now-standard pop songs, including "Make Your Own Kind of Music". She also toured and scored steady gigs on TV variety shows, both as a guest and as host.

Throughout the success, though, her weight continued to trouble her. She tried to get slim, repeatedly, without long-term success. Cass tackled various dieting regimes, most of them ultimately harmful. She was 5'5", and topped out at around 300 pounds.

When she booked a series of engagements at Caesar's Palace in Las Vegas, she set off on a six-month crash diet plan. She did manage to lose over 100 pounds, but she also ended up hospitalized. In the short term, she damaged her stomach and throat. The long-term damage was more subtle, and ultimately, more deadly.

Simply put, everyone in the scientific community agrees that crash diets work only very temporarily. Because of the sudden, extreme reduction in calorie intake, an individual's metabolism slows. Immune systems are compromised, and damage to the cardiac system is almost inevitable through the loss of muscle tissue as the body essentially goes into starvation mode, consuming itself in the absence of food intake.

"Yo-yo dieting can also damage your blood vessels [...] All that shrinking and growing causes micro tears that create a setup for [...] types of heart disease."

In the case of Cass Elliot, at least once she kept up seven months of fasting four days per week. It was surely a significant weight loss for Cass, but too quickly, and with too high a cost. She had just completed a concert series in London at the Palladium when she died on July 29, 1974.

Somehow the press latched onto the completely untrue rumor that she'd choked to death on a ham sandwich continuing to mock her appearance even in death. In reality, "Mama" Cass Elliot actually died of a massive heart attack in her sleep. The Guardian quoted pathologist Keith Simpson, who said,

"There was left-sided heart failure [...] She had a heart attack which developed rapidly."

Tragically, it's highly probable that the fatal weakness of her heart was a direct result of her severe dieting practices over the years weight loss also meant loss of muscle, including heart muscle, meaning her death was in many ways a result of the lifetime of fat shaming she had been subjected to. Cass Elliot was just 32 years old.

The Tragic Death Of The Mamas And The Papas' Cass Elliot 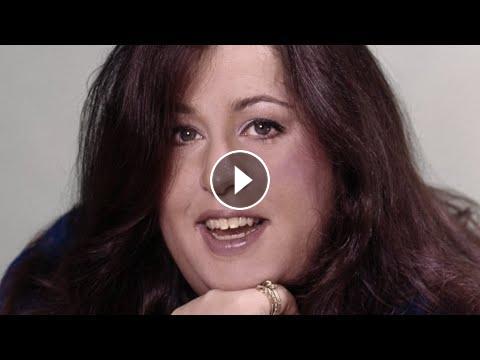 The Mamas and the Papas were icons of the '60s music scene. They were four young people who rose out of the folk era to create songs that captured the...