lily
(1) Reel Pink: Pink Panther constantly tries to sneak back into Big Nose's theatre after being kicked out for being too loud. A parody of Charlie Chaplin and Laurel and Hardy.
(2) A Pinker Tomorrow: Pink Panther wakes up to a cold, grey world and must return color to earth again.
(3) Knights in Pink Armor: In order to become a knight in King Big Nose's court, Pink Panther must get through to the scary dragon that no other knight as defeated.
(4) Pinkozoic Era: Pink Panther and Big Nose are in the primitive stages of mankind and must evolve into higher beings.
(5) The Spy Who Wore Pink: Pink Panther is recruited to retrieve a special disk and deliver it to another agent. However, Pink Panther must be careful not to let it fall into the hands of his enemy, Big Nose.
The Pink Panther is the sly, lanky animated cat created by Friz Freleng and David DePatie. The iconic feline was first created in 1964.
Subscribe for more Official Pink Panther content from MGM:
New episodes of will be uploaded every Monday, Thursday, and Saturday!
Own: (Amazon)
(iTunes)
Like:
Follow: 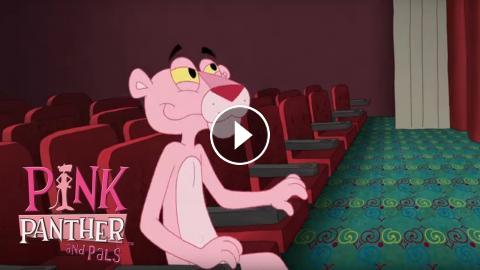 (1) Reel Pink: Pink Panther constantly tries to sneak back into Big Nose's theatre after being kicked out for being too loud. A parody of Charlie Chap...