lily
(1) Stop-Pink for Direction - Pink Panther wants to get ice cream on a hot summer day and uses his scooter's fancy GPS system to get there. But the scooter and its GPS system have a mind of its own and takes Pink Panther other places.
(2) Catching Forty Pinks - Big Nose's dog has a hard time proving that Pink Panther is in Big Nose's house.
(3) Pink's Peak - Pink Panther and White Horse are unexpectedly forced to mountain climb.
(4) Chilled To The Pink - In the dead of winter, Big Nose's heater breaks, prompting Big Nose to attempt to steal Pink Panther's heater.
(5) Pink Pool Fool - After the Pink Panther finds the skate park closed, he drains his neighborhood pool to use as an impromptu skate park, only to find that his neighbor Big Nose wants to use the pool to lounge. The two fight over who gets to use the pool.
The Pink Panther is the sly, lanky animated cat created by Friz Freleng and David DePatie. The iconic feline was first created in 1964.
Subscribe for more Official Pink Panther content from MGM:
New episodes of will be uploaded every Monday, Thursday, and Saturday!
Own: (Amazon)
(iTunes)
Like:
Follow: 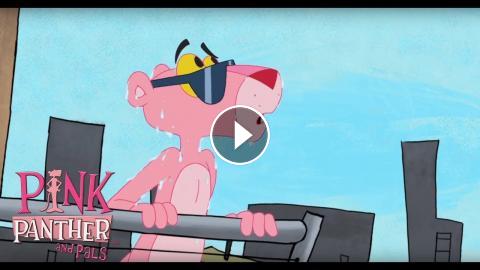 (1) Stop-Pink for Direction - Pink Panther wants to get ice cream on a hot summer day and uses his scooter's fancy GPS system to get there. But the sc...