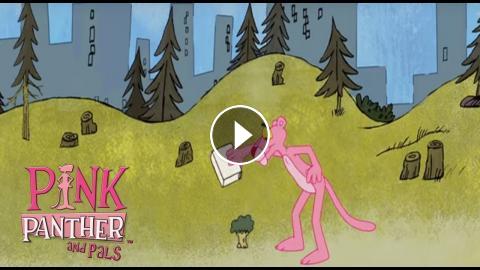 "(1) The Mighty Pinkwood Tree - Pink Panther tries to save his treehouse when Big Nose wants to get rid of it and build a freeway instead. (2) Pi...