Inside The Tragic Deaths Of Mia Farrow's Three Children

AVA
The death of any child is unimaginable to a parent, but Mia Farrow has had more than her share of tragedy. Three of her 14 children died heartbreakingly young: Tam Farrow in 2000, Lark Previn in 2008, and Thaddeus Farrow in 2016.

Farrow has been increasingly in the news recently due to the shocking revelations in HBO's documentary Allen v. Farrow about the allegations of sexual abuse by Woody Allen of their adopted daughter Dylan Farrow.

NBC News notes that because of that, the increased attention on the entire family has drawn notice to a 2018 essay written by one of her sons, Moses Farrow, which he wrote defending Allen.

In the post, the deaths of the three children are mentioned in detail, none of whom appear in the documentary series.

The Wrap suggests that the reason HBO omitted them was because there is a family dispute around the circumstances of their deaths. Most notably, Moses' descriptions of the events appear to contradict some statements Farrow has made publicly.

Moses' relationship with Farrow has been a source of conflict over the years. Now a therapist who specializes in adoption-trauma therapy, Moses has stated there was abuse in the home, preferential treatment of the Caucasian children, and that the conflict over Allen's relationship with Soon-Yi , as well as the abuse allegations, led to a significant breakdown in the family's home life.

He claimed in his blog post, quote, "It was not a happy home — or a healthy one."

Moses alleged in his blog post that Tam struggled with depression and that Farrow refused to get her help. He says that her overdose occured in the year 2000 after a fight with her mother.

As Moses put it,

"My mother would tell others that the drug overdose was accidental, saying that Tam, who was blind, didn't know which pills she was taking. But Tam had both an ironclad memory and sense of spatial recognition. And, of course, blindness didn't impair her ability to count."

Moses also noted that Thaddeus was a first-hand witness to the argument and overdose, and it was he who relayed to Moses the accounts of the evening. But because of Thaddeus' own death in 2016, Moses continues, "tragically, he is no longer able to confirm this account."

Farrow's account of Tam's death contradicts Moses' assertions. At the time, Farrow released a statement through her spokesperson Judy Hofflund, which read simply, quote, "Mia's daughter died from heart failure over the weekend. She had a weak heart. She died of cardiac arrest."

And in a recent statement on Twitter which she posted to refute what she called vicious rumors, she wrote,

"My beloved daughter Tam passed away at 17 from an accidental prescription overdose related to the agonizing migraines she suffered, and her heart ailment."

Page Six contends Tam appeared to have been photoshopped out of a photo Farrow recently posted to, and then deleted from, her Twitter feed. While there does seem to be an obvious change to the picture, the motivations for why the change was made are not as clear.

The first of Farrow's adopted children, Lark Song Previn, died on Christmas Day in 2008. She spent her life largely outside of the public eye. While Lark's cause of death was never officially announced, Farrow's Twitter statement confirms,

"She died at 35 from complications of HIV/AIDS , which she contracted from a previous partner. Despite her illness she lived a fruitful and loving life with her children and long time partner."

"She wound up on a path of self-destruction, struggled with addiction, and eventually died in poverty from AIDS-related causes in 2008 at age 35."

"Lark looked out for me when we were growing up."

"She helped me feel safe in an unsafe environment."

Thaddeus Farrow, who was paralyzed from the waist down after contracting polio as a child at an orphanage in his native India, allegedly committed suicide after the breakdown of a romantic partnership.

"My courageous son Thaddeus was 29 and happily living with his partner; we were all anticipating a wedding, but when the relationship abruptly ended, he took his own life."

According to Entertainment Weekly, police reports state that Thaddeus was found gravely injured in his car following a suicide attempt about 24 miles from where he lived. He was pronounced dead at the hospital.

At the time of Moses' original post in 2018, Dylan released a statement on Twitter calling into question all of Moses' claims. She wrote of his blog post,

"It's easily disproven, contradicts years of his own statements, is beyond hurtful to me personally, and is part of a larger effort to discredit and distract from my assault. My brother is a troubled person. I'm so sorry he is doing this."

Inside The Tragic Deaths Of Mia Farrow's Three Children 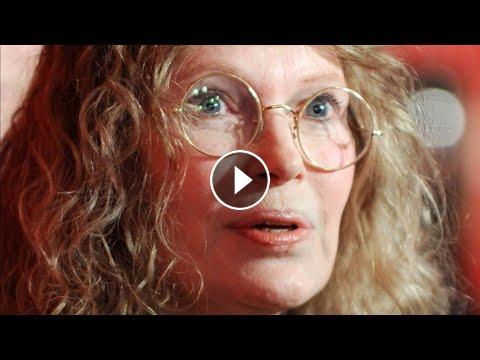 The death of any child is unimaginable to a parent, but Mia Farrow has had more than her share of tragedy. Three of her 14 children died heartbreaking...