AVA
Carrie Fisher lived an incredibly unique life. She was the daughter of celebrities who gained iconic fame herself in one of the most beloved movies of all time. But behind Princess Leia was a tragic story of drug addiction, bipolar disorder, and sour relationships.

Fisher was famous before she was even born. Her parents Eddie Fisher and Debbie Reynolds, both singers and actors themselves, who were christened "America's sweethearts." Carrie joked in her book Wishful Drinking that when she was born, the doctors ignored her because they were too busy fawning over her parents.

But in 1958, when Carrie was just two years old, the golden couple rocked America when Eddie left his wife for Elizabeth Taylor. Taylor and Reynolds had been friends since they were teenagers, and Eddie was even the best man at Taylor's 1957 wedding to his friend Mike Todd. When Todd died in a plane crash in 1958, the grieving Taylor and Fisher started an affair. Fisher and Reynolds divorced in 1959, and then he and Taylor married that same year. But that union didn't last very long either, as they divorced in 1964.

Carrie and her younger brother Todd lived with their mother while growing up. They had a glamorous childhood in which they met several members of the Hollywood A-list. Carrie later wrote that she and her brother missed spending time with their mother, who loved being with her children but also worked a lot. 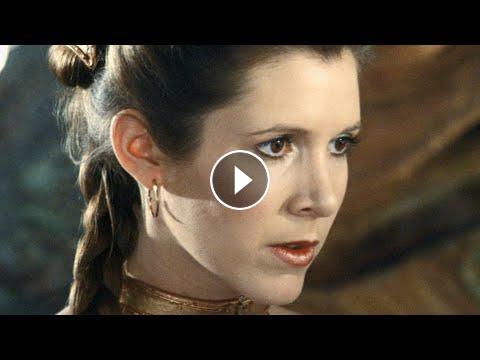 Carrie Fisher lived an incredibly unique life. She was the daughter of celebrities who gained iconic fame herself in one of the most beloved movies of...