What Jamie Hyneman Has Been Up To Since Leaving MythBusters

AVA
As you probably know, Mythbusters has been off the air for years… but at least you can still watch Adam Savage in the spin-off, Mythbusters Jr. But what about MythBusters' other host, Jamie Hyneman? So smart. So stoic. And lately, so elusive. What's he been up to lately?

Hyneman was quite an intriguing character long before MythBusters came along. He used to run a sailing charter business in the Caribbean. Then he switched careers and started to work as a special-effects artist, lending his creativity to over 800 commercials and several films, including Robocop. Some more fun facts: He received an undergraduate degree in Russian Linguistics. His mind-bending special effects work earned him honorary Doctor of Engineering degrees from Villanova University and Finland's Lappeenranta University of Technology. Regarding the former occasion, he proudly tweeted that

"[I've] never been there or to a white tie ceremony. I think it works for me."

Hyneman was also the first of the two co-hosts to get involved in Mythbusters. After the production company behind the show approached him to host, he came up with an idea. As his official Mythbusters bio reveals,

"He reached out to Adam to join him, feeling that between his experience and Adam's liveliness -- and their straight guy/foil combination -- they would make a good team. It turned out to be a great call."

Savage and Hyneman had known each other for years by that point and even worked on battle robots together.

For thirteen years, they hosted the show and brought science to the masses. They also created a whole lot of explosions along the way.

These days, Hyneman spends more time on personal projects and new inventions. While still filming MythBusters, he collaborated with Villanova University and the US Office of Naval Research on some innovative projects. He made cool sci-fi stuff like blast-resistant armor and robotic camera systems that track athletes at sporting events. Unsurprisingly, he's still obsessed with new technology.

According to Popular Mechanics, his latest invention is a tank to help fight wildfires. It's called The Sentry, and it was built using a non-armored military tank. Hyneman reportedly bought the tank from an Army surplus store. The Sentry can be driven remotely via virtual-reality headset, allowing it to brave raging wildfires. What was his inspiration for The Sentry? Hyneman told Popular Mechanics that it was a robot he built for a 7Up commercial. The robot had tank treads built into it and could be controlled remotely. It could also fire bottles of soda into the air.

"Let's say a fire makes it into a neighborhood, as happens in some cases. Well normally you'd have to evacuate, but these [robotic vehicles] are made from surplus US military armored personnel carriers that we can repurpose. We could set up a mobile fire brigade and stop the fire."

That's not the only project Hyneman's been working on. According to New Atlas, he helped design a prototype for a pair of electric shoes called Vortrex. The shoes feature wheels that, again, look like tank treads. There's also motors, Bluetooth connectivity, and infrared sensors for obstacle detection. Hyneman wants these shoes to help people walk faster with minimal effort.

The idea for Vortrex grew out of one of Hyneman's old projects, which involved sticking cordless drill motors onto rollerblades. Hyneman created six prototypes before launching an Indiegogo campaign for the seventh sample, but it fell a little short of its goal in 2017.

Beyond that, Hyneman still runs M5 Industries, where most Mythbusters episodes were filmed. He often uses the space as his own personal workshop. And according to DesignNews, he's been known to dip his toes in new bioengineering tech. As he tells it,

"Bioengineering excites me the most right now. Bioengineering is having an, as yet to be fully appreciated, profound effect – the ability to manipulate genes."

If you're hoping for a Savage and Hyneman reunion, we have some bad news for you. In 2016, Savage told Business Insider that he and Hyneman will never work together again... but on the bright side, they're still both obsessed with science… and they still love to blow things up for the greater good.

What Jamie Hyneman Has Been Up To Since Leaving MythBusters 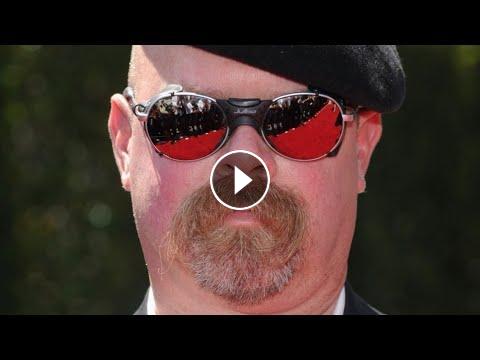 As you probably know, Mythbusters has been off the air for years… but at least you can still watch Adam Savage in the spin-off, Mythbusters Jr. But wh...