AVA
Al Pacino is one of the most acclaimed actors in cinematic history, but he didn't have an easy climb to fame. His tragic real-life story includes a tough family life, a struggle with his craft, and even a temporary departure from acting.

Pacino's early years were no walk in the park. He was born in New York City in 1940 and never got to enjoy a happy and steady two-parent home life, as his parents separated when he was just two. In a 2015 interview with The Guardian, he mentioned that his school teachers felt that he needed a father figure in his life, as his own dad wasn't an active presence at that point. As Pacino described it,

"I wasn't an out-of-control teenager, but I was close."

When Pacino was growing up, he was surrounded by his mom, his sister, and his grandparents. Even though they weren't well off financially, he still felt lucky and got a chance to experience a life of adventure. As he told Interview Magazine,

"It was tough for me growing up, I will say. But pretty much my grandmother, she ruled. And my mother was second. They were relatively young. My mother had me young. I owe a lot to that period in my life. I owe a lot to those women and my grandfather."

Pacino has always felt indebted to his family for taking care of him in those turbulent times and helping him become the person he was meant to be. 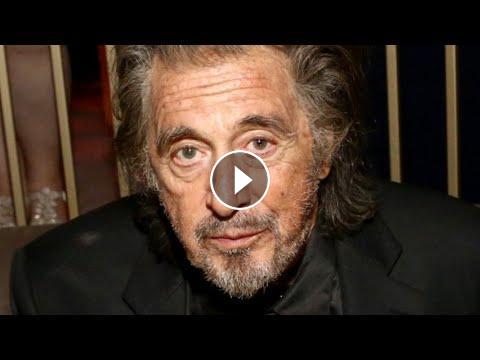 Al Pacino is one of the most acclaimed actors in cinematic history, but he didn't have an easy climb to fame. His tragic real-life story includes a to...