AVA
Korn's nuanced, anguished lyrics delivered by singer Jonathan Davis serve as a means of catharsis both for him and the band's millions of fans. Because, tragically, the palpable pain in Korn's music is all too real.

The music of Korn, much of it written by Jonathan Davis, deals with pain, trauma, and the subsequent emotional scarring that can last a lifetime. When Davis was just three, his parents divorced - and he also developed a serious case of asthma, which landed him in the hospital countless times over the next seven years of his life. Davis told The Guardian,

"I was supposed to die. I was fighting for my life."

He also experienced severe bullying in school due to his style, copied from his favorite band, Duran Duran, but his home life was no refuge. As a teen, Davis moved out of his mother's house after his stepfather destroyed Davis's new drum kit in a fit of rage. But living with his father was no better, as his stepmother resented his presence and took it out on him.

"She made it her mission to make life so miserable for me that I wanted to move out...She was a twisted, sadistic s---."

Watch the video for more Tragic Details About Korn. 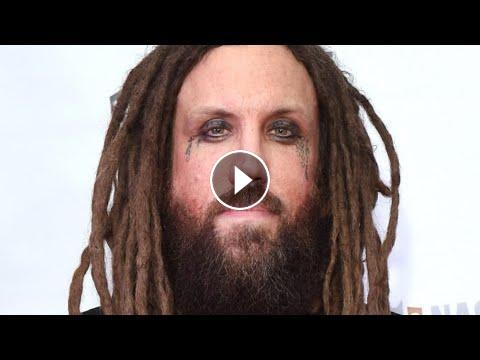 Korn's nuanced, anguished lyrics delivered by singer Jonathan Davis serve as a means of catharsis both for him and the band's millions of fans. Becaus...