AVA
Fans of the popular Discovery Channel reality show Deadliest Catch received a shock in August 2020, when cast member Mahlon Reyes died from complications after suffering a heart attack. His death was another in a series of tragedies to strike the cast of the series. In 2010, the show lost the gruff and popular Phil Harris, captain of the Cornelia Marie, and less than a year later, Justin Tennison, a deckhand on the vessel Time Bandit, was found dead in a hotel room in Alaska.

And unfortunately, tragedy keeps following the show. TMZ reported on December 28, 2020, that cast member Nick McGlashan had passed away the day before in Nashville, Tennessee. The cause of death had not yet been released, but it was known that McGlashan had struggled for years with alcohol and drug addiction, leading to his suspension from the show in its 13th season, when he entered a rehab program. TMZ reported,

"It got so bad he said he was drinking a half-gallon of vodka and shooting up with one gram of meth and 2 grams of heroin in a single day."

It is unclear whether or not this contributed to his untimely demise at just 33 years old, as he was reportedly trying to get clean and inspire others to do the same. But considering he was in Tennessee and not Alaska, we can infer that it wasn't the deadly oceangoing profession that ended his life.

Nick McGlashan came from a long line of crab fishermen. His great uncle, after whom he was named, was among the first to pioneer the U.S. crab industry in 1947. Two of his aunts were crabbers, and tragedy struck one of them when her boat sank while out at sea in 1986. McGlashan himself began working as a crabber in the Bering Sea when he was just 13 years old. He started on his father's boat, the F/V Westling , and in 2011 he was hired by Captain "Wild" Bill Wichrowski. He would go on to head the crew on Bill's Cape Caution and eventually bought his own boat, the Summer Bay.

According to his biography on Discovery Go, McGlashan was "known for his witty quips, working through the pain, and not stopping the job until it's done." Captain Bill called him "the epitome of a true crabber" for his ability to keep a boat running despite all types of mechanical problems, since he had a knack for improvising solutions to whatever issues arose — and when you're out at sea for long periods of time, a lot of problems can suddenly arise.

Discovery said in a statement to The Hollywood Reporter,

"Our deepest sympathy goes out to Nick's loved ones during this difficult time. [...] Nick came from a long line of crabbers and was known for his great depth of knowledge. He also had a sharp sense of humor even in the most difficult conditions. He will be deeply missed by all those who knew him."

As his Discovery Go bio states, drug and alcohol addiction is often and unfortunately part of being "a true crabber." McGlashan wrote about his addictions in a 2017 article for Chosen Magazine. He wrote,

"My life went from Bering Sea badass to full blown junkie very rapidly. Hidden from me was that passion I had for life. Taken from me was my ability to live. I was at war with my addiction and it was winning."

He said his addictions led him to be "lost ... broken and soulless," and living without hope.

"All I wanted was to stay loaded. Every bit of happiness stripped away by a powerful, cunning, and baffling disease."

After overdosing three times, McGlashan finally reached out for help in November 2016. He texted a friend an urgent message, saying, "I NEED HELP." He said that when he finally entered a treatment facility, it was the...

Being around people in the same boat as he was helped him get sober, and they all learned together how to get by without getting high. It is such a shame that his life came to the tragic end that it did after he did so much work to regain the love and hope that he'd lost during his addictions. 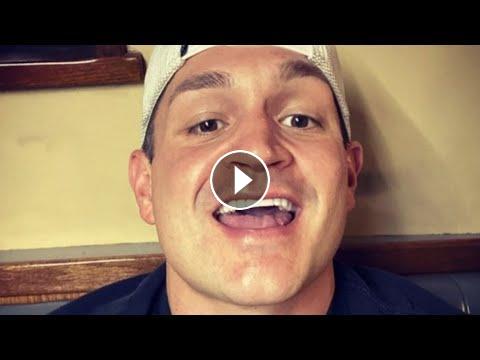