AVA
South Indian Movies Dubbed in Hindi Full Movie 2018 New : Shyam Prasad (Shaam) is an honest ACP who comes into conflict with the local don, Dhanraj (Rahul Dev). The goons kill Shyam's son,Moksha,and Shyam does not reveal this to his family but fears the villains may kill his daughter also. Dhanraj threatens Shyam's family so the police department arranges for an officer to provide security for them. Deva (Ravi Teja) arrives and saves Shyam from Dhanraj's men and introduces himself as the security officer. Shyam's family still believe that their son is in the boarding school and waits for his call a Sunday, but instead this they were told their son went on an excursion. Shyam got tensed but reveal everything to Deva. When he goes to drop Anjali (ACP's daughter) to school with Tiger (Brahmanandam) with whom he shares his room,on their way he met Aiki (Taapsee Pannu), the actress falls for him.
Shyaam's wife Sathya (Sridevi Vijayakumar) dislikes Deva and doesn't want him involved with her family while Aiki falls in love with him. Shyaam learns that Deva is not the security officer appointed by the police department. It is revealed that Deva is Veera, a person who is like a god to the whole village, he actually killed security officer Deva (who works for villan) and replaced him and Sathya is his step sister. In the pre-interval scene, Dhanraj comes to kill Shyam and his family, then Veera bashes them badly and protects his sister's family. But, suddenly there appears a mystery man (Pradeep Rawat) who introduces thyself as a great enemy of Veera, and shoots him. Veera loses his sense. After interval, the flashback begans. Veera was a powerful and kind-hearted landlord of a village. Every villager loves him so much. He lived with his younger brother, friends and a beautiful wife Chitti (Kajal Agarwal). But there is another landlord Peddarayudu (Pradeep Rawat) who wants to vacate the whole village to build a factory. But, Veera opposes him. Pedda tries to torture on the villagers, and Veera beats him so badly. In that shame, the wife of Pedda suicides. Pedda becomes angry and kills the whole family of Veera, including his wife Chitti, when Veera is not present. Then Veera comes to city to save his step-sister's family. The flashback episode is ended. Then the climax starts. Pedda challenges Veera and after a long fight between the two, Veera kills Pedda and takes his revenge. Then Aiki proposes Veera, he agreed. And, he unites with his sister happily. 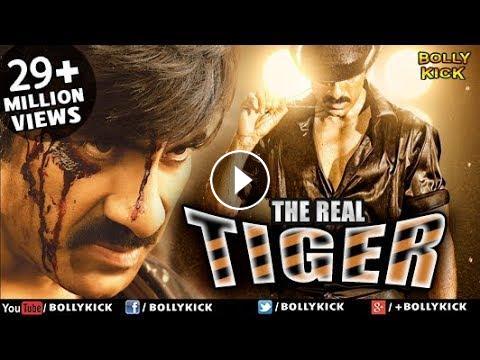