lily
Henry Golding's Crazy Rich Mom Doesn't Like James (w/ Michelle Yeoh). When James goes to greet "Crazy Rich Asians" star Henry Golding before his first appearance on The Late Late Show, he learns that Henry won't come out for the interview until his mother, played by Michelle Yeoh, approves. A task that proves to be much more difficult than James anticipated. 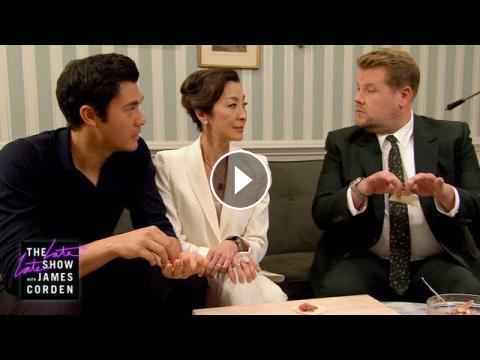