Added 2 weeks ago by IsMyLife
10 Views
NEW SHOW EVERY FRIDAY! SUBSCRIBE FOR ALERTS!

SEND" REAL OR FAKE" SUBMISSIONS TO [email protected]
NEW REAL OR FAKE pictures and videos on my FACEBOOK EVERYDAY!!!!!!
CHECK OUT MY LATEST "BEHIND THE SCENES" PICTURES ON INSTAGRAM
- ABOUT THIS SHOW -
In this episode of Real or Fake, we're taking a look at a relic that may prove there was once an ancient batman. We're also looking some shoes based on the sonic movie, a mental condition called Boanthropy, and a picture showing a black Lion!
MORE ABOUT BATMAN ( from fandom.com)
Batman has been Gotham's protector for decades, CEO of Wayne Enterprises, Patriarch of the Bat Family and veteran member of the Justice League. Batman is a superhero co-created by artist Bob Kane and writer Bill Finger and published by DC Comics. The character made his first appearance in Detective Comics #27 (May, 1939). Batman is the secret identity of Bruce Wayne. Witnessing the murder of his parents as a child leads him to train himself to physical and intellectual perfection and don a bat-themed costume in order to fight crime. Batman operates in Gotham City, assisted by various supporting characters including his sidekick Robin and his butler Alfred Pennyworth, and fights an assortment of villains influenced by the characters' roots in film and pulp magazines. Unlike most superheroes, he does not possess any superpowers; he makes use (to the best that he can) of intellect, detective skills, science and technology, wealth, physical prowess, and intimidation in his war on crime.
Batman became a popular character soon after his introduction, and eventually gained his own title, "Batman". As the decades wore on, differing takes on the character emerged. The late 1960s Batman television series utilized a camp aesthetic associated with the character for years after the show ended. Various creators worked to return the character to his dark roots, culminating in the 1986 miniseries Batman: The Dark Knight Returns, by writer-artist Frank Miller. That and the success of director Tim Burton's 1989 Batman motion picture helped reignite popular interest in the character. A cultural icon, Batman has been licensed and adapted into a variety of media, from radio to television and film, and appears on a variety of merchandise sold all over the world. The Batman goes by numerous nicknames, such as The Dark Knight, The Caped Crusader, World's Greatest Detective and the Defender of Gotham. 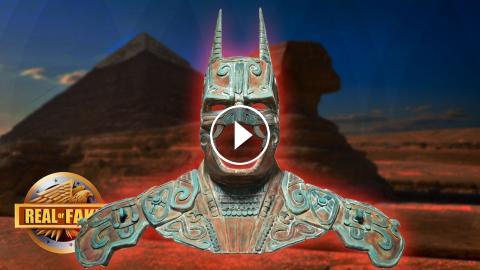