AVA
There's nobody else in the entertainment industry quite like Rob Zombie. He's known as much for his horror movies as he is for his heavy metal music. Keep watching to discover the untold truth of this one-of-a-kind entertainer.

Rob Zombie splits his time between two worlds that could both be described as carnival-like. He's a hard rock musician who travels from venue to venue with a large crew who sets up an elaborate stage show. He also directs major motion pictures, which involve building entire worlds from scratch. In a way, the zaniness of these pursuits is old hat to Zombie, as he spent part of his childhood on the carnival circuit alongside his relatives. As he explained to LA Weekly,

"It was my mom's side of the family. That was the family business, basically [...] When we were kids [...] me and my brother would get dragged along to these things all the time and have to work. It sounds exciting and interesting now, but as a kid, it was a drag. I think no matter what your parents do for a living, it doesn't seem exciting as a kid."

The carnival life abruptly came to an end in 1977, when a 12-year-old Zombie's parents quit the business for good. A riot broke out that he and his brother got caught in the middle of, and then his dad switched gears and started working other jobs. 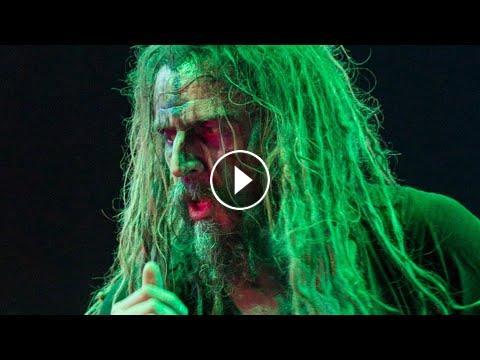 There's nobody else in the entertainment industry quite like Rob Zombie. He's known as much for his horror movies as he is for his heavy metal music. ...