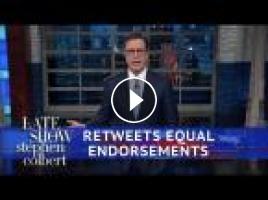 Britain's Prime Minister Theresa May wasn't pleased with Trump after he retweeted an anti-Muslim fringe group three times.Subscribe To "The Late ...