The Most Gorgeous People From History

AVA
Some people are so hot, they literally go down in history for their beauty. And without even the benefit of Instagram filters! So who are these amazing hotties from the distant past? Here's a look at the most gorgeous people from history.

If you know Virginie Amélie Gautreau, you likely know her as Madame X. That's the title John Singer Sargent gave to his portrait of her, a painting still famous today for its ghostly beauty, and raw, female sensuality. But rather than represent the zenith of Gautreau's career as a socialite and sitter, Portrait of Madame X actually became her lowest moment.

Gautreau was an American expat living in Paris when she met John Singer Sargent, another American looking to make his mark in Parisian society. His portrait of her, which he did many studies for, was designed to take them both to the next level, but instead it sparked outrage for being too brazen and indecent - especially due to the loose shoulder strap, which Sargent later repainted due to the criticism.

Both Sargent and Gautreau became targets for public mockery. Sargent fled to London, where he soon became the premiere portrait artist of his time. But the humiliated Gautreau was forced to withdraw from high society due to her damaged reputation - which was only somewhat rehabilitated thanks to some later paintings that were slightly more demure.

Watch the video for more about The Most Gorgeous People From History!

The Most Gorgeous People From History 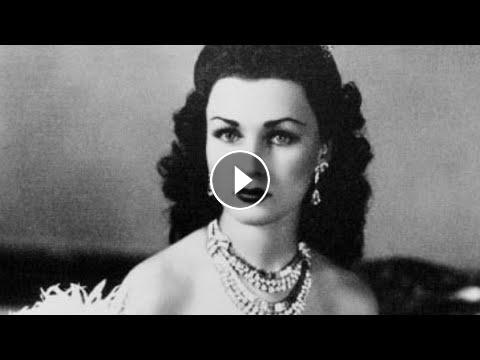 Some people are so hot, they literally go down in history for their beauty. And without even the benefit of Instagram filters! So who are these amazin...