The Crazy History Of Necromancy Explained

AVA
The necromancers of our favorite fantasy games and stories were based on a very real practice that tried to cross the boundaries between living and dead. This is the crazy history of necromancy explained.

Necromancy, it turns out, wasn't originally about raising the dead at all. It would appear that the general term "necromancy" refers to any and all divination practices that involve the spirits of people who have passed on. The precise details of just what that includes has changed a lot over the course of centuries, but necromancy got its start when we began forming complex ideas about the afterlife. Once we believed spirits went somewhere, it wasn't that far-fetched to believe that if we just knew how to dial the celestial telephone, we could reach them.

The idea goes back a long way. Shamanism, which predates Greek antiquity, involved practices where a shaman would enter a trance. Once in that state, the shaman would guide souls to the underworld, rescue the souls of the infirm, deliver messages to the dead, or ask them questions. It has long been believed that spirits have access to knowledge that the living don't. Ancient shamans could tap into the dead’s wisdom to gain insight into what the spirits knew.

It's also argued that necromancy's origins go back further still, to the Stone Age practice of ancestor worship. Religious beliefs that venerate the dead are among the oldest in the world. Rituals involving the remains of those who have passed on go back to the Neanderthals and to Jericho, with sites dated to between 7220 and 5850 BCE.

Watch the video for the crazy history of necromancy explained.

The Crazy History Of Necromancy Explained 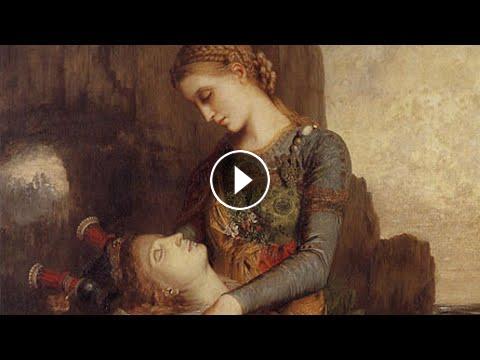 The necromancers of our favorite fantasy games and stories were based on a very real practice that tried to cross the boundaries between living and de...