My Cousin Rudy Had a Rough Press Conference

My Cousin Rudy Had a Rough Press Conference 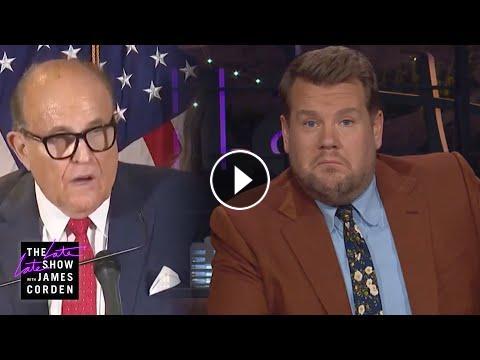 James Corden recaps the news of the day, including President Donald Trump's legal team holding a press conference dominated by Rudy Giuliani and his i...