Added 1 week ago by lily
9 Views
How do you get through a week like this? If you're our host Stephen Colbert, you know you're dancing. Thanks to John Krasinski, Rachael & Vilrey, Charles Barkley, Hank Azaria, Peter Sarsgaard, and Dr. Sanjay Gupta for toughing it out with us. #Colbert #BehindTheScenes #LateShowMeMore 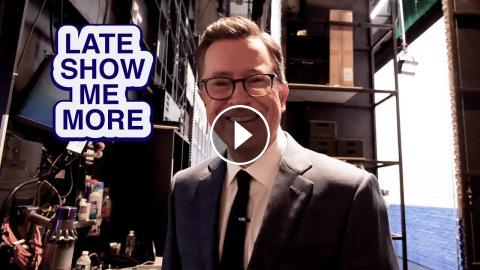 How do you get through a week like this? If you're our host Stephen Colbert, you know you're dancing. Thanks to John Krasinski, Rachael & Vilrey, Char...