ABOUT LITTLE BIG SHOTS
From Ellen DeGeneres, Melissa McCarthy and Ben Falcone comes a show that celebrates a new generation of remarkable young people: Little Big Shots. In a completely reimagined new season, Melissa meets with some of the most inspiring and hilarious kids from all corners of the globe. They will take us into their world, share their remarkable stories and show us the incredible talents that set them apart. It’s a celebration of how resilient, funny and inspiring kids can be when we allow them to be unabashedly themselves. They may be little, but their hearts are big. 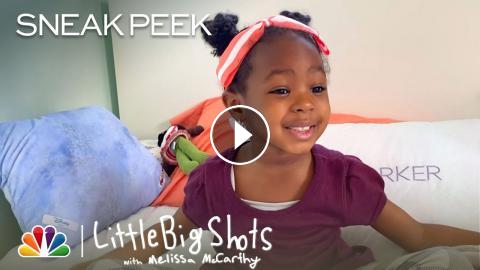 When a photo of Parker admiring Michelle Obama's portrait went viral, it inspired her to write a book.» Subscribe for More: » Watch Little Big Shots S...