David Tenant & His Wife Are Preparing for Child #5

Added 9 months ago by lily
19 Views
James welcomes his guests Elizabeth Banks and David Tennant and asks David about the news he and his wife are expecting their fifth child, and David explains that his oldest son, who is 17, is prepared to teach them about birth control. And Elizabeth tells James how she celebrated both of her parents turning 70, each in a very different way.

David Tenant & His Wife Are Preparing for Child #5 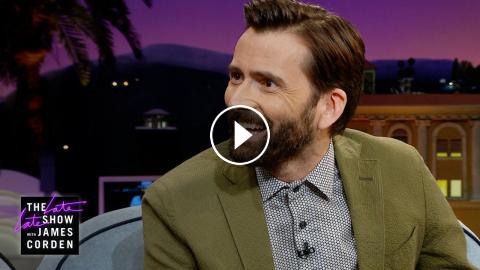 James welcomes his guests Elizabeth Banks and David Tennant and asks David about the news he and his wife are expecting their fifth child, and David e...