AVA
EPISODE SYNOPSIS:
Chris Paine is a filmmaker with a scientific background to back up his passion. Having worked on the Mars rovers, his interest in electric vehicles was stoked to a degree that saw him make "Who Killed the Electric Car," and its recent sequel, "Revenge of the Electric Car."
From discussing the shoot, to his background and the politics that surround this multi-faceted issue, he shares a great deal of information with Vlad and Ondi.

GUEST BIO:
Chris Paine's award winning documentary feature film Who Killed the Electric Car premiered at the Sundance Film Festival in 2006 before its worldwide release by Sony Pictures Classics.
Three years in the making, the film's murder mystery spin on an almost unreported story
captured public attention and stimulated substantive change in the industry.
Previously, Chris served as executive producer on Faster, Mark Neale's 2003 cult film (with narrator Ewan McGregor) about the world's fastest motorcycle race. The same team also made No Maps For These Territories about cyber-punk visionary William Gibson. No Maps featured U2's Bono and was named Best Documentary by the Los Angeles New Times in 2001.
Chris directed segments for the MTV television series BUZZ and online content for Apple Computer.
Outside of media, Chris is an entrepreneur and environmentalist. His technology company Internet Outfitters went public in 1999 as part of AppNet/CommerceOne. His firm Mondotronics, (founded with his highschool friend Roger Gilbertson) provided materials for the Mars Pathfinder mission. Chris' activist work included campaigns to stop nuclear testing in Nevada, freeway expansions in California, and deforestation. 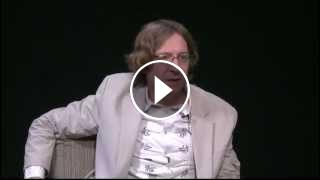 EPISODE SYNOPSIS: Chris Paine is a filmmaker with a scientific background to back up his passion. Having worked on the Mars rovers, his interest in el...