Danielle
As many of you know, Pixar has announced that a TOY STORY 4 is on the way, but it looks like it could be a very different TOY STORY than we’ve seen before. In a recent interview Pixar Animation Studios President Jim Morris said the following: “The third movie ended in a beautiful way and completed a trilogy. I think this movie is not part of this trilogy. It is a separate story… It is not a continuation of the end of the story of ‘Toy Story 3′.’ Temporarily it is, but it will be a love story. It will be a romantic comedy. It will not put much focus on the interaction between the characters and children.”  These comments seem consistent to past comments make by Pixar head John Lasseter when the project was first announced. Lasseter stated: "Toy Story 3 ended Woody and Buzz’’s story with Andy so perfectly that for a long time, we never even talked about doing another ‘Toy Story’ movie. But when Andrew, Pete, Lee, and I came up with this new idea, I just could not stop thinking about it. It was so exciting to me, I knew we had to make this movie — and I wanted to direct it myself.”
Buy movie tickets, get theatre and showtime information now:
LIKE us on Facebook:
FOLLOW us on Twitter:
Stay up-to-date on all the movie news:
Subscribe to the Audio Podcast Feed on your favorite Podcast App:
Subscribe to the audio version of AMC Movie Talk on iTunes:
Listen to AMC Movie Talk on STITCHER Radio:
SUBSCRIBE TO THIS YOUTUBE CHANNEL! 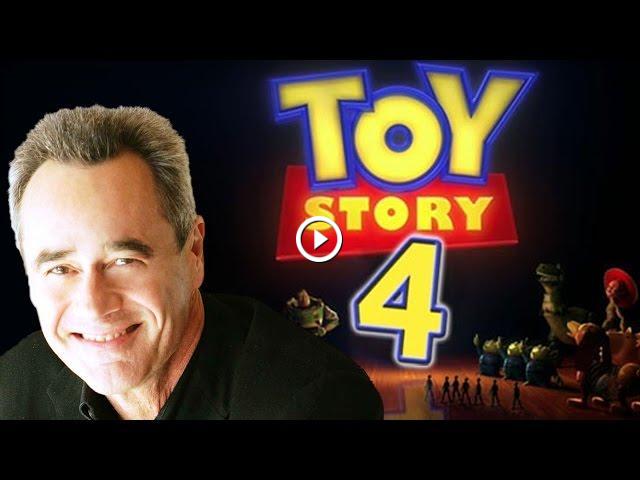 As many of you know, Pixar has announced that a TOY STORY 4 is on the way, but it looks like it could be a very different TOY STORY than we’ve seen be...