The Tragic Truth About Frank Sinatra

AVA
Everyone knows that Frank Sinatra will always be a legend. Ever since his heyday in the mid-20th century, Ol' Blue Eyes has captured the hearts of music lovers around the world. But few people realize just how tragic his life really was. This is the real-life story of Frank Sinatra.

During his birth, Francis Albert Sinatra was almost ruled dead on arrival. Born on December 12th 1915, in the kitchen of his parents' New Jersey apartment, Sinatra weighed 13.5 pounds at birth and had to be removed from the womb with forceps. Frank was originally thought to be stillborn, as he was blue and not breathing. While the doctor was treating his mother, Frank's grandmother took the seemingly dead infant, ran him under cold water and slapped him on the back, which suddenly revived him.

And the mishaps didn't end there. Frank was actually supposed to be given the first name "Martin" after his father, but a misunderstanding led the priest to baptize the baby after his godfather, Frank Garrick. Frank's mother, probably a little exhausted by this point, decided to leave it alone and keep the name as it was.

The forceps used during Frank's birth left him with facial scarring on the left side of his face, neck, and jawline. This led him to receive the punishing nickname of "Scarface" from his peers in adolescence. During his singing career, Frank would endeavor to hide his facial imperfections with heavy makeup.

Watch the video to learn the tragic real-life story of Frank Sinatra.

The Tragic Truth About Frank Sinatra 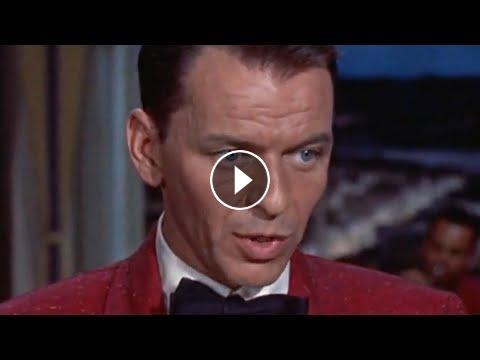 Everyone knows that Frank Sinatra will always be a legend. Ever since his heyday in the mid-20th century, Ol' Blue Eyes has captured the hearts of mus...