Clip from episode 1 'Love' of our BBC/PBS/THIRTEEN Productions LLC series Spy in the Wild.

Affection stengthens bonds for a family of wild dogs. Lions regard wild dogs as rivals. She will kill the pups if she can. Spy pup lays low and observes. The wild dog family try to divert the lion's attention from their precious pups...Will it work?

In one of the most innovative natural history series ever presented, Spy in the Wild deploys over 30 ultra-realistic animatronic Spy Creatures to go undercover in the animal world. This 5 x 60’ BBC One series captures unique animal behaviour closer than ever before.

Using special “spy cameras” invented by film maker John Downer’s team at John Downer Productions, the viewer is plunged into the very heart of the extraordinary lives of over thirty fascinating animals across the world, including langurs, orang-utans, meerkats and crocodiles, revealing behaviour that is remarkably like our own. To expose some of the most astonishing animal behaviour ever seen, the team of Spy Creatures go undercover.

These robotic look-alikes make all the right moves to not only be accepted by animals but also interact with them, providing revelatory insights into their world.

In this four part series, each episode is packed with a menagerie of animatronic Spy Creatures exploring the different aspects of animal behaviour: Love, Intelligence, Friendships and Mischief.

The innovative techniques and ambition of the BBC One series are documented in the fifth “Making Of” episode, where we see the creation of the Spy Creatures and witness their first magical moves before being deployed around the world; from deserts and rainforests to the Polar Regions.

Music by Will Gregory 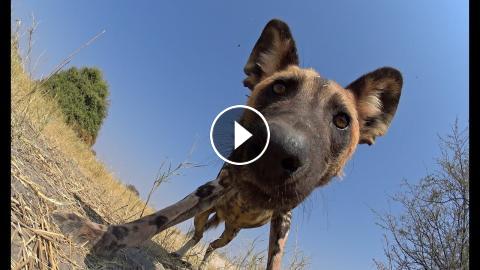